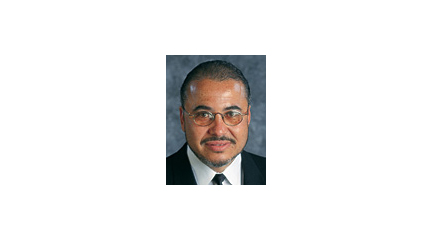 This story traces an unlikely path that started with high school sports, wove its way through funk and R&B, and ended up leading to positive social changes in NBA locker rooms and board rooms alike.

However, after graduation and short stab at small-college football, Davis worked in the music industry for eleven years. Eight of those years were spent as the business and tour manager for Bootsy Collins of Funkadelic, Parliament and Bootsy’s Rubber Band fame. During his time in “the funk,” Davis worked with many notable artists including Stevie Wonder, Ice Cube, and Bernie Mac.

Dana returned to Peoria and worked behind the scenes in support of Manual High School basketball teams that won four consecutive state championships. His return to sports was highlighted when serving as the Vice President of Operations for the Vancouver and Memphis Grizzlies.

Double D’s social contributions may well have outweighed both the sports and music sides of this diamond in the rough. A member of the Board of Directors of the National Civil Rights Museum in Memphis, Davis founded the Mitchell “JJ” Anderson All Star Basketball Camp in Peoria and was awarded the Dr. Martin Luther King, Jr., Commemorative Service Award for his community service. Dana Davis is an inductee of the Peoria African American Hall of Fame.

Image from Memphis Grizzlies of the NBA