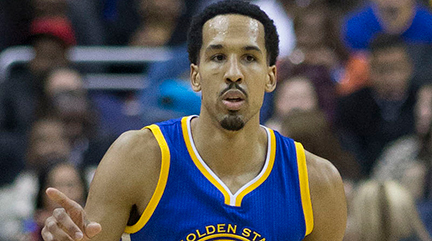 This story illustrates the challenges of tough decisions in athletic careers.

It is hard to imagine choosing not to play basketball at Duke University for one of the most successful college coaches in history, Mike Krzyzewski.

But that is exactly what Shaun Livingston did after being named Illinois Mr. Basketball, and winning two State Championships, with Peoria’s Central High Lions.

Some pundits and fans doubted the wisdom of Livingston’s decision.

Although he was the Clippers’ first round, 4th overall pick in the 2004 NBA draft, Livingston was not an immediate professional success. Three injury-marred years found him averaging fewer than 10 points and 5 assists per game as a bench player.

54 games into his third season, Shaun suffered what long-time observers called the most horrific knee injury they had ever seen, tearing three of four knee ligaments, as well as his meniscus.

At that point, the doubters were sure that they were right: his 6’7” body was not up to the rigors of NBA play.

After surgery and missing the entire 2007-2008 campaign, Livingston toiled across six seasons, eight different NBA teams, and 11-games in the D-league.

However, in 2014, Livingston joined the Golden State Warriors and became a key member of their two-time World Championship squad. In July 2017, he signed a three-year, $24 million contract extension.

Since Shaun’s successful comeback, he has supported his Peoria grade school, honored Black History Month at his high school, and hosted local families through the Shaun Livingston Foundation, among numerous philanthropic efforts.

Athletes are sometimes challenged by tough decisions. The ways they validate those choices become the true measure of their stature.