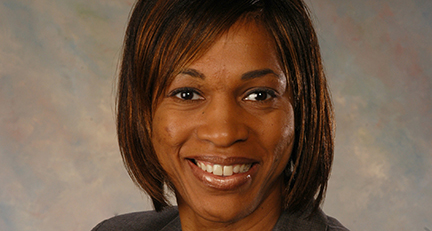 This is a story about a dedicated athlete redeeming greatness despite injuries.

McGhee’s social, academic, and athletic successes were devastated when a truck hit the car she was riding in.  Carla suffered an injured skull, fractured hip and jaw, and torn voice box.  She broke all but two facial bones, and lay in a coma for three days.  When she awoke, Carla’s face was hardly recognizable.

After numerous surgeries, Carla could barely walk, and was told that she’d never play again.

McGhee sat out her sophomore season, played sparingly on another championship team as a junior, then sat out her senior year.

After being cut from the 1992 Olympic trials, Carla played at the 1994 World Championships, and in the Goodwill Games before suffering another injury: a broken ankle meant an additional year of rehab.

Carla rebuilt her body with determination, then triumphed as a member of the 1996 gold-medal Olympic team.

After one year in the American Basketball League, she went on to six pro seasons in Europe. McGhee returned to the US for three seasons with the WNBA’s Orlando Miracle.

Stints as an assistant coach at Temple, Auburn, and South Carolina, gave way to mentoring at Georgia-based “Up With Kids Sports,” and the “Hoops N Sands Academy.”

In sports, as in life, in order to get up, one has to fall.
Just ask Carla McGhee: she wasn’t beat, because she didn’t quit.