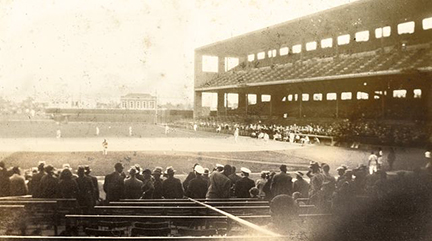 This is the story of two baseball fields, two teams, and two brothers.

In 1958, the Brooklyn Dodgers moved west forcing the P.C.L. to relocate the Triple-A Angels away from Los Angeles.

Then, in 1960…Gene Autry…yes, the “Singing Cowboy,” purchased the major league expansion entry ticketed for Los Angeles. Autry purchased an American League team but didn’t have a major league stadium for them to play in. So, for a single season, the expansion Angels played at Wrigley Field in LA.

Ken Aspromonte is the last living man to play major league baseball in both Wrigley Fields.

First, Ken was a member of the expansion Angels playing in LA’s Wrigley Field in 1961. Then, Ken finished his playing career with the Chicago Cubs in Wrigley Field on the north side of Chicago.

Ken’s younger brother Bob had played for the Brooklyn Dodgers and then played for the Los Angeles Dodgers during the same 1961 season when Ken was an Angel across town.

While baseball focuses on scores and outcomes, the Aspromonte brothers remind us that baseball is also about family and even sometimes about obscure connections on and off the field.